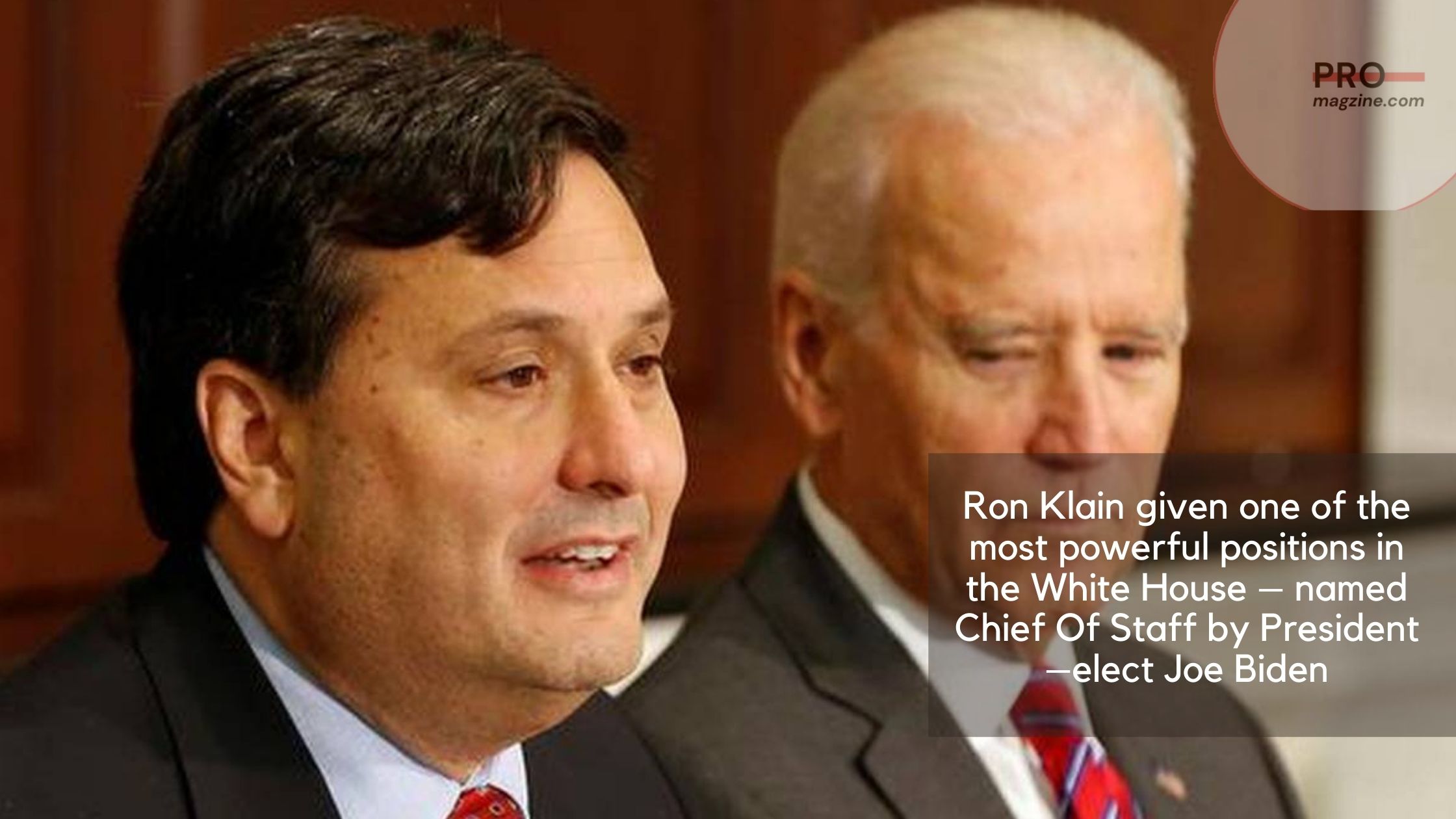 The transition office of Biden disclosed in a press release on Wednesday, that the President –elect had offered his aide of many years a prime position by naming him The White House Chief Of Staff. Biden mentioned how Ron had been an invaluable source to him while working together in 2009 to rescue the American economy from a severe and one of the worst downturns in history. In 2014 both of them had worked together to successfully overcome a health emergency.

He went on to add that Klain had a deep and varied experience that was needed for working with people across the wide spectrum of politics and he embodied all that was needed for the position of the White House Chief of Staff. The choice of Klain did not come as a big surprise, since he was a trusted campaign adviser of Biden and was seen as the most likely candidate for this top position. Klan had in the past, served Vice President Al Gore as Chief of Staff and Biden too, during President Obama’s tenure. 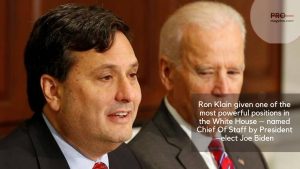 Klain has also taken the opportunity of praising Biden in his statement, and thanking him for his position which he considers as a lifetime honour.  The President- elect mentioned how he was seeking Klain’s assistance in tackling the ambitious agenda of change before the news government and also looking forward to his help in healing the great divides in the country. Klain’s expertise goes back to the days when he was appointed by the former President Barrack Obama, to lead the response in 2014 to the Ebola crisis. This expertise and experience is being seen as lending immense value in the current pandemic that USA and the world are facing.