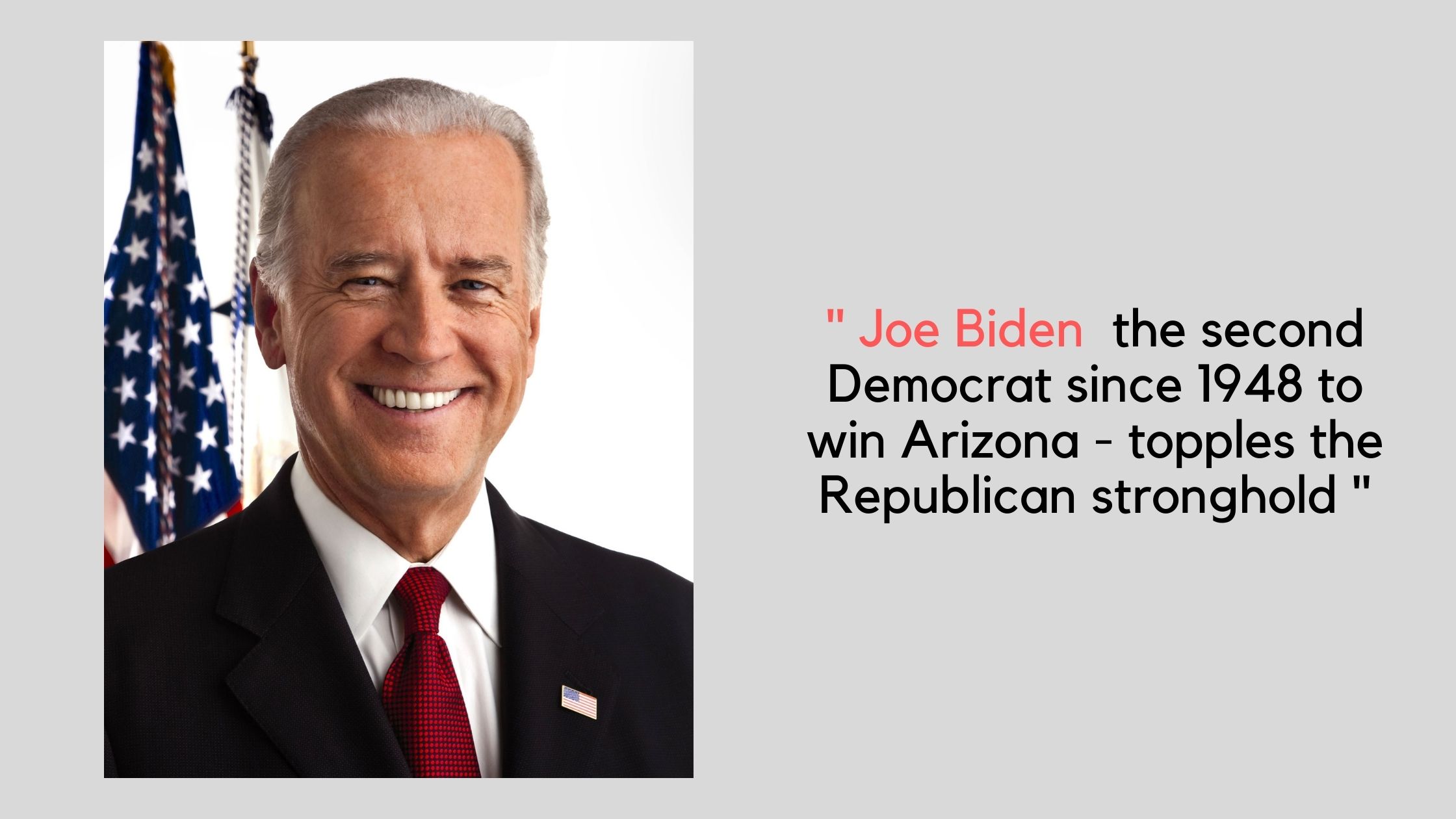 The Democrats just created a landmark event by carrying Republican dominated Arizona in a Presidential election. Biden’s win here, created a second victory since 1948 for the Democrats. The victory could be attributed to three key shifts in the State. The first being a Latino population that is increasing and that has a Democratic leaning, the second is the influx of voters from liberal states like Illinois and California, and the suburban voters who have broken with Trump and the Republican party. In the northwest and neighbouring Nevada, the Democrats are in charge of almost all facets of the government. 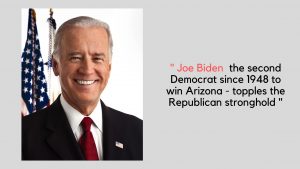 Laura Dent, the Executive Director of Chispa Arizona, said that this was a result of more than a decades work. This win will be a topic of much debate and contemplation by the top operatives in Washington DC too who will wonder how they could have lost out a state like Arizona which was Republican dominated, and will also debate on whether this would set a future precedent.

Biden’s victory will be dominated by the McCain legacy whose conservatism had years of coalition between the Independents, Republicans and the Democrats. McCain and Trump had a tense relationship over the President’s Obamacare repeal bill when the Senator cast a vote against it.

Another reason the Democrats attribute to their win in Arizona is Coronavirus. . The virus invaded the state with 160,000 cases and 3600 deaths recorded only in Maricopa County. Many Voters felt that the virus was not handled well by the Trump government. Trump held seven events in Arizona and Biden held one so it wasn’t as if the Republicans did not give this state importance.  The results  however show that the voters want a fresh and new political party in place.