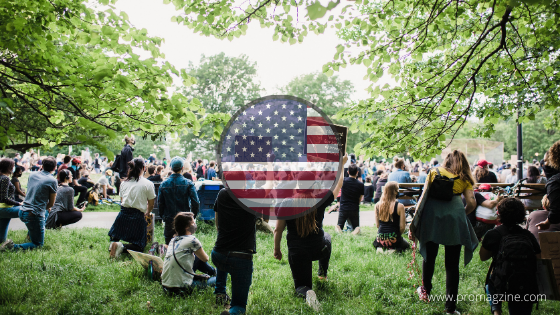 A large number of flag bearing demonstrators, including the Proud Boys donning helmets and bullet proof vests came out in a rally to support President Trump’s yet unproven claims of an election fraud.

Although the procession started off as a peaceful one it saw some violence later in the evening as some counter protestors indulged in skirmishes.  Donald Trump while refusing to concede has also challenged the election results with a flurry of legal law suits filed in key states. His claims of a widespread electoral fraud has so far not been proved.

Trump’s supporters started the demonstrations near Freedom Plaza at about 17:00 GMT that is noon local time on Saturday /They started East of the White House and proceeded towards the Supreme Court.

There were mainstream Trump supporters accompanied by ,Oath Keepers militia group members, the far-right Proud Boys  among those who participated in the rally.

The motorcade of Donald Trump went past the gathering of demonstrators on Saturday morning and then did a round of the nearby Freedom Plaza. He however, did not address the crowds and went on to his golf club in Sterling, Virginia. He retweeted a video posted by White House official Dan Scavino of the protestors.

Donald Trump however continues to retweet claims about rigged elections, including those by @Watters World. A  short while ago he has tweeted about @ RudyGiuliani’s interview with @ Maria Bartiromo at 10.00 in what he says will be a great job in exposing election hoax which he claims is rigged. Twitter has added a rider mentioning that the claim about election fraud is disputed.

The rally of Trump supporters was peaceful during the day time but violence broke out later as supporters clashed with counter demonstrators. Video footage on social media showed fights that broke out at night.

The injured included 2 police officers and the arrests included 20 people on charges of weapon possession and assault.