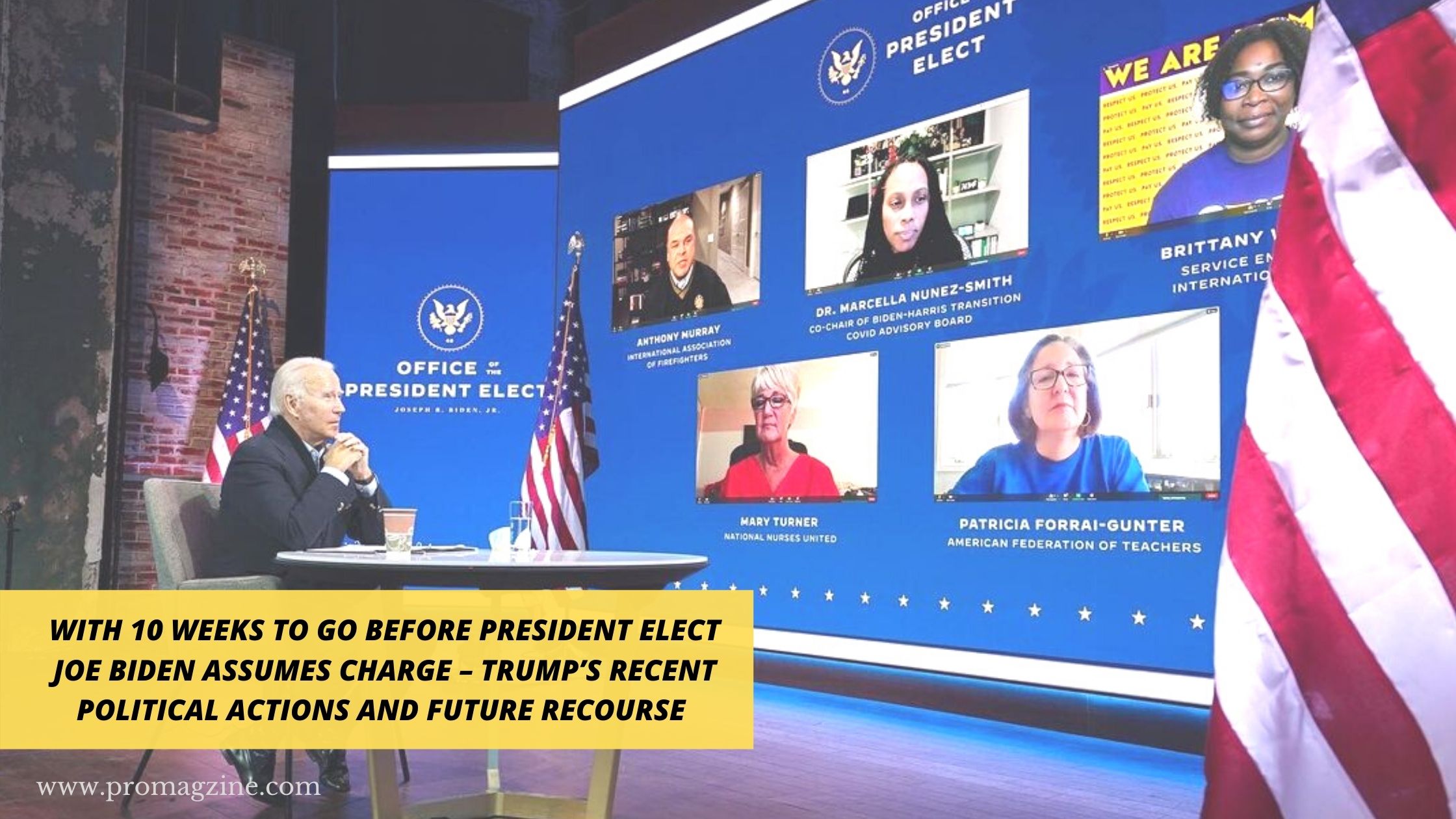 With President Elect – Joe Biden all set to take charge in January are there any actions which President Donald Trump can take politically? It is evident that Trump is still not acknowledging his defeat publicly. On the other hand incoming President Joe Biden along with his running mate Kamala Harris is all set to take charge of the Oval office on 20th January 2021. Donald Trump is still in power and could still topple a few tables over on his way out.

Trump has taken a few noticeable actions till take post his defeat at the elections. On Monday November 9, the first day after Trumps’ loss was announced, he fired Mark Esper, his Defense Secretary. This action was a consequence of Esper publicly opposing Trump’s desire to deploy troops across US this summer to counteract the civil rights protest. 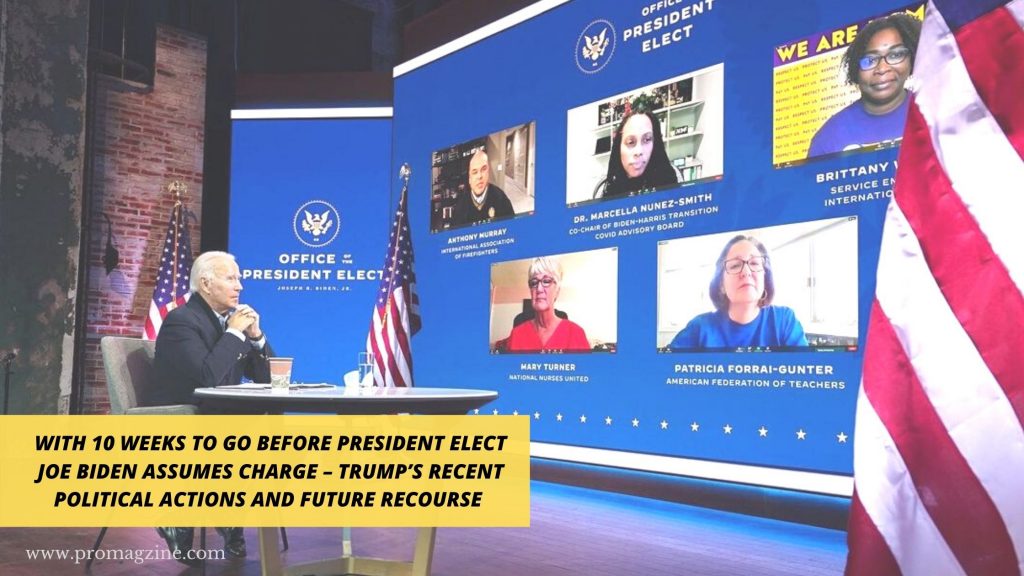 Christopher Miller, despite lacking significant experience was chosen by Trump to replace Esper.

On November 2nd just before the election Trump had passed an executive order which made it very easy for him to cite political motivations as a basis for hiring or firing those in Government worker roles. On November 12th Donald Trump cut off all connections with Chinese firms, including investments having military ties, mentioning that this was seen as a National security risk. Trump then went on to fire Chirstopher Krebs Head of US Cybersecurity and Infrastructure Security Agency (CISA) . This was done in the wake of Krebs not supporting Trump’s voter fraud claims and saying they were baseless.

Trump still has a few political options open before him. An order has been drafted this Monday to pull back American forces from the various International locations where they have been stationed. This move is being seen as extremely dangerous as this has created a vacuum which could strengthen terrorist groups. With the recent dismissals that Trump has been doing, Christopher Wray Director of FBI and the CIA Director Gina Haspel could be the next in line as is being predicted by the insiders.

The political options which are being viewed as what Trump could do on his way out could be passing executive orders or instant laws for which no approvals of the Congress are needed.