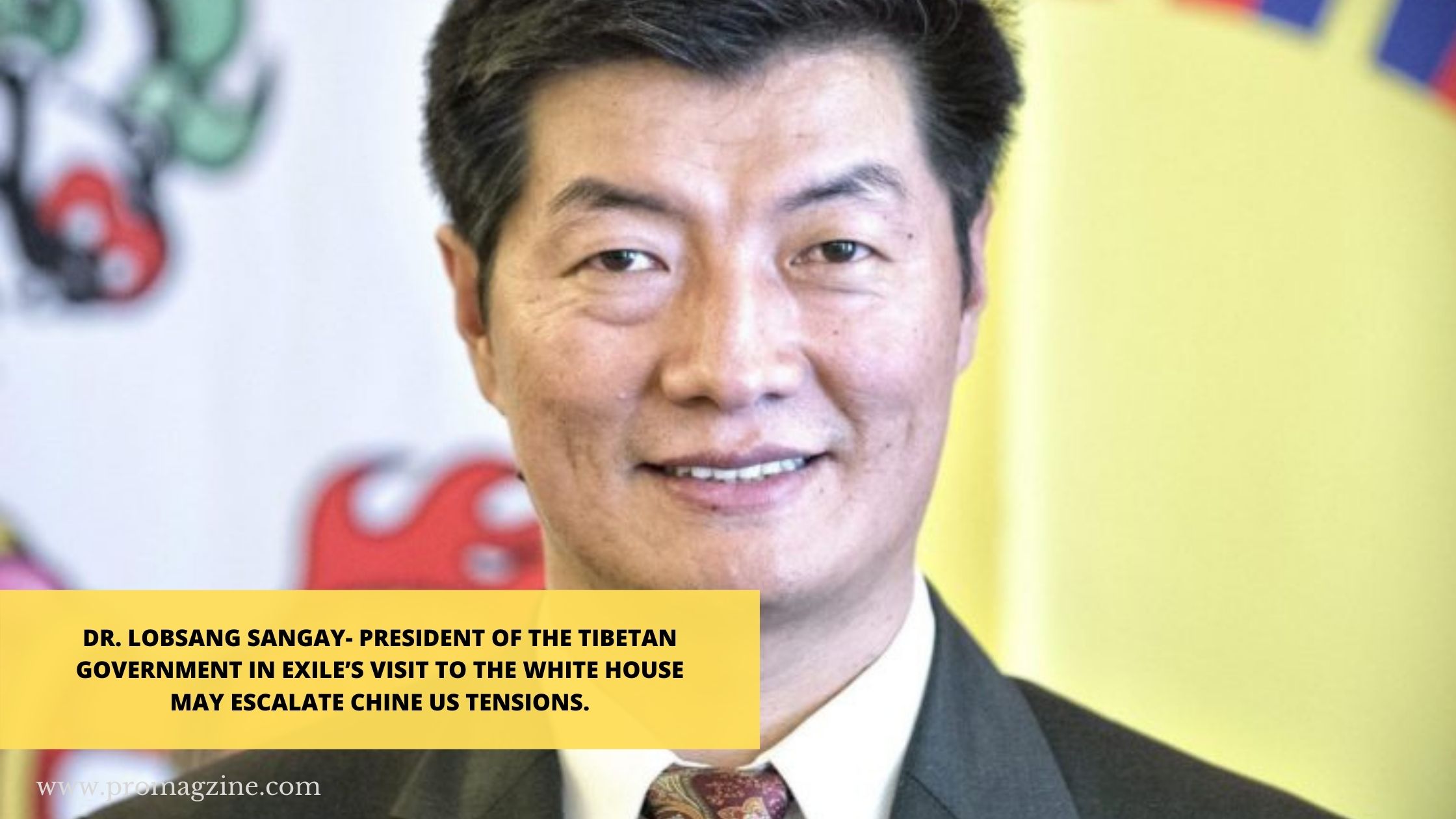 The CTA (Central Tibetan Administration) created a landmark event this Friday. Dr. Lobsang Sangay the President of the Tibetan Government in exile entered the White House formally. This visit is being viewed as something that may aggravate the ongoing tension between China and the USA over Tibet.

The US Department issued an invitation to Dr. Sangay, the first ever in 6 decades to visit them.

According to a new report release by the New York Post, Beijing had demonstrated control over Tibet since 1950 and had blamed USA for destabilizing the region.

The Chinese Government had shown its displeasure after Dr. Sangay was invited by the US in October and had asked US Not to interfere and contribute more towards destabilization. They had warned USA not to interfere in their internal affairs which included the Tibetan development and stability.

Zhao Lijian – the Chinese Foreign Ministry spokesperson had in a daily briefing in Beijing mentioned how the USA was not supporting them in recognizing the Tibetan Government in Exile. He also went on to add that there could be the possibility of a retaliation as China would do everything to safeguard their interest.

The spiritual leader Dalai Lama and several other critics see China’s control over Tibet as a cultural genocide. The US on the other hand has always voiced concerns over the prevailing situation in Tibet and how China is repressing the cultural and religious freedom of the Tibetans. This is the first time in 6 decades that such an invitation was issued. Mike Pompeo US Secretary of State had in July made an accusation on China for violating human rights of the Tibetan people. Pompeo had later announced visa bans for Chinese officials who were instrumental in preventing foreign access to Tibet. The outcome of the recent visit to the White House remains to be seen.