Friday, April 16 2021 - Welcome
Top Posts
Who will replace in Dostana 2 ?
Actor Rhea Chakraborty leaves Mumbai – spotted at...
What are the 5 top selling products on...
Actor Juhi Chawla asks if it is time...
Dil Hai Deewana song teaser starring Rakulpreet and...
What should you eat during self- quarantine during...
Mrs. Funny bones – Twinkle Khanna takes a...
Katrina’s quarantine selfie redefines the proverb “two is...
India a potpourri of different cultures – April...
Pathan shoot halted: Shah Rukh Khan in quarantine
USA

With the current surge in the pandemic, Thanksgiving today is being considered to be a critical event as far as COVID 19 goes. A total of 10,000 new infections have been reported every day since November 3.  More than 2,100 daily deaths we recorded yesterday and day before, on Tuesday and Wednesday.

Experts predict a doubling in the numbers of daily deaths in a few days from now. 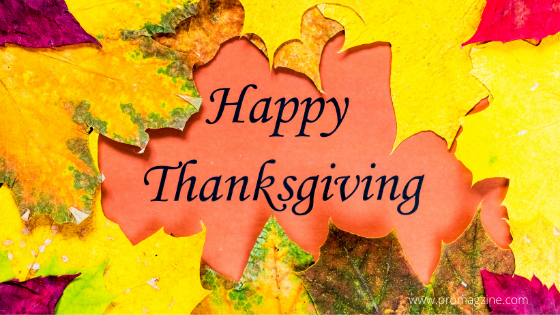 Professor of Medicine at George Washington University, Dr Jonathan Reiner has said that for people to become symptomatic it takes 5 – 7 days and it takes another week to  be so sick that they need to be  hospitalized  and then another 2 weeks to finally  give in to the illness and succumb. Most of the people who develop the illness on a certain date must have contacted it two weeks prior he said. He further went on to add that he was expecting a doubling in the next 10 days of the death rate. He predicted a shocking figure of 4,000 deaths per day soon.

Since the pandemic has started more than 262,100 people had died. Experts predict a surge upon surge.  Americans have been warned about travel and avoidance of family and friends gathering this Thanks giving which could be a super spreader.

A number of phone alerts had been sent out in parts of Georgia and Pennsylvania to the residents to stay safe during the holiday season. Several other states have also received similar warnings.

The citizens have been warned to maintain social responsibility and avoid gatherings for Thanks giving dinner. The CDC had already warned Americans from travelling.

A record number 0f 90,000 people have been hospitalized throughout the country. Loss Angeles County has recorded a surge of 70% in the past two weeks in its hospitalization cases. Hospitals and staff are at their maximum level and being stretched further with the rise in new cases.

Chef Jose Andres says the US Government needs to exercise a “political will ’’ to end...