Scott Atlas who was designated special advisor on the Coronavirus to President Donald Trump has resigned after a 4 month tenure as confirmed by a White House official on Monday. He was considered a controversial figure since he had several clashes with other members of the task force designated for coronavirus. The unhappiness of the American voters over the tackling of the Trump administration of the Coronavirus is said to have helped propel Joe Biden to victory. 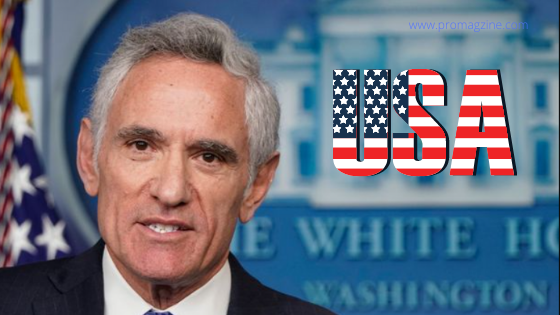 Atlas made his resignation public on his twitter handle on Dec 1. The letter posted by him mentioned that he was resigning from his position as special adviser to the President of the United States. Atlas had borne severe criticism for misleading Trump with inaccurate information on the virus. Public health expert Anthony Fauci has also criticised him for the same. Atlas is a neuro radiologist. His peers at Stanford University felt that his resignation was long overdue, and reiterated that science and truth should prevail over misinformation and lies. They had earlier on in September issued a letter disagreeing with his views. They went on to add that his actions had endangered public health and killed many people. They supported the proven safe methods such as the use of masks, social distancing and other safety measures. Atlas had not highlighted the importance of wearing masks. He had also said that lock downs were epic failures and had not served any important role in curtailing the spread of the virus.

The news of his resignation was greeted with relief by Dr. Celine Grounder who is a member of the advisory panel on the crisis in Biden’s team.

Atlas in his resignation letter made an attempt to defend himself against his many critics by saying that he like the other scientists and scholars of health policy was learning new information and trying to compile it for the common good.

Chef Jose Andres says the US Government needs to exercise a “political will ’’ to end...