California –the country’s most populous state faces a strict lockdown as COVID-19 cases spike to a record high.

On this Sunday, more than 23 million people in Southern California were preparing to brace a strict new lockdown in the wake of a huge spike in coronavirus cases.

Governor Gavin Newsom has ordered the restrictions in California. This will take effect region by region. The intensive care units of hospitals are filled to capacity. There is a call to close down bars, hair salons, nail salons and tattoo shops once again.  From Sunday onwards the affected regions were to be shut down 11.59 pm onwards.

Newsom is a first time Democrat and he has forced to hold back funds from local governments that refuse to comply in reposing the restrictions. This news decision has infuriated some law enforcement officials in California. The sheriffs of Orange and Riverside counties and Los Angeles have opposed this and said they would not help in its imposition. 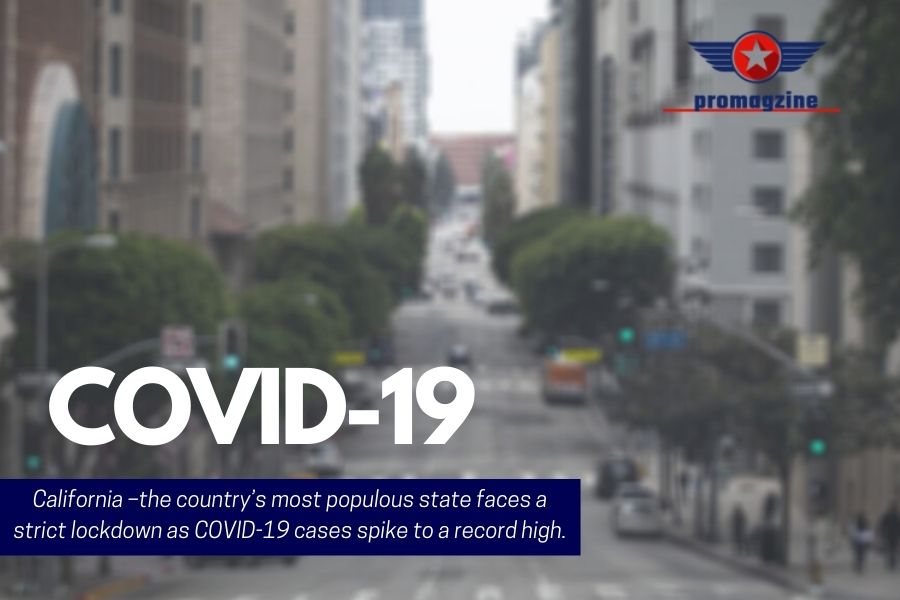 Chad Bianco, the County Sheriff Riverside, has in a videotaped message which was posted on the website of the department said that he will not be blackmailed or bullied or used against muscle power to enforce the governor’s orders.

His counterpart in Orange County, Don Barnes, said in a written statement that, they would not respond to calls or help against those who are not complying to face masks, social gathering rules or stay at home orders.

The San Francisco Bay area went into lockdown starting 10 pm on Sunday. This was under a separate set of orders that Mayor London Breed had issued. It was noted earlier in November that Newsom and Breed on separate occasions, had both dined at a posh Napa Valley restaurant, the French Laundry after telling Californians to avoid such outings. They had faced a lot of criticism for this action of theirs.

Climate change is showing effects on Pacific Islands: Scientists puzzled by the growing size of some islands