Friday, April 16 2021 - Welcome
Top Posts
Who will replace in Dostana 2 ?
Actor Rhea Chakraborty leaves Mumbai – spotted at...
What are the 5 top selling products on...
Actor Juhi Chawla asks if it is time...
Dil Hai Deewana song teaser starring Rakulpreet and...
What should you eat during self- quarantine during...
Mrs. Funny bones – Twinkle Khanna takes a...
Katrina’s quarantine selfie redefines the proverb “two is...
India a potpourri of different cultures – April...
Pathan shoot halted: Shah Rukh Khan in quarantine
NewsUSA

Chef Jose Andres is known to have spent most of 2020 in feeding people on the frontlines of the COVID-19 pandemic . He expressed that the inability of the United States government to prevent millions of Americans from going hungry was a natural disaster. He was commenting on the food insecurity in the United States. He was of the opinion that the federal government had many things, listed that looked good on paper, but was “missing in action.” Political will according to him was an essential prerequisite for feeding Americans. 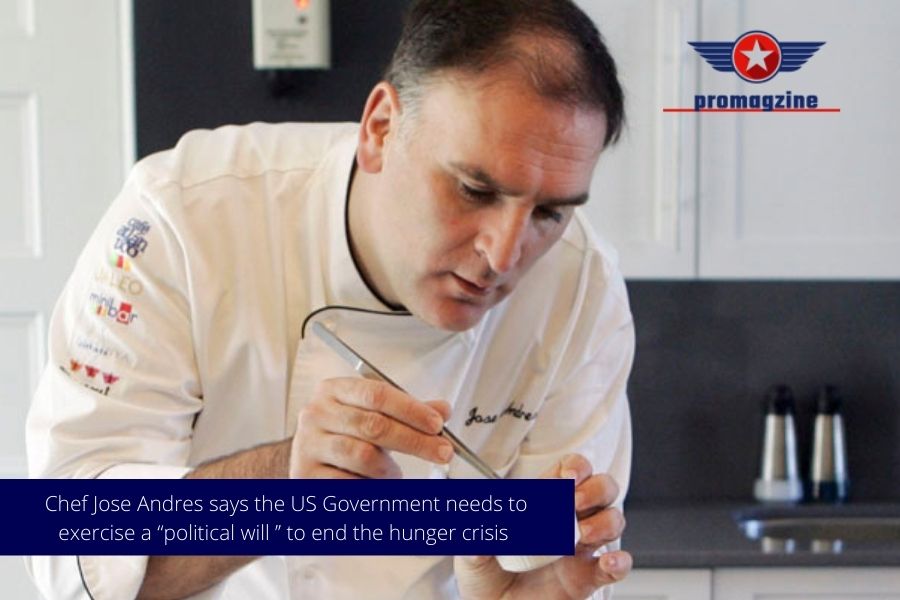 Currently Andres is in San Andres – the Colombian Island, where he is working with his non- profit World Central Kitchen. He is on his mission of feeding the survivors of Hurricane Iota which was the strongest storm in 2020 so far. This award winning chef is known to have responded to several major crises. He was at the helm helping out when Haiti was devastated by an earthquake, When Puerto Rico was ravaged by hurricane Maria and when Southern California was scorched by wildfires. His team was quickly mobilized to prepare meals for those affected. He was also present during the intense refugee crisis on the borders of Venezuela.

One of the key initiatives of Andres during the pandemic has been to provide food to the elderly and to those who have suffered sudden loss of jobs, essential services and front line workers.

The COVID -19 crisis has posed a big challenge to World Central Kitchen according to Andres. His team had in the early days risen to the occasion and helped feed the thousands of passengers who were quarantined aboard the Diamond Princess cruise ship that was docked in Yokohoma, Japan.  The same thing was repeated in Oakland, California.

Andres feels a strong need for the US government to now step in since many Americans are largely depending on soup kitchens and NGOs to cater to their hunger.

Manny Chirico Joins Conagra Brands (NYSE:CAG) as board of director