byPromagzine Desk
2 minute read
Do you know why Vamika’s pictures are not made public? Hear it from dad Virat Kohli.
Total
0
Shares
0
0
0
320
SHARES
ShareTweet

With the gen-next star kids creating a furore on social media we have yet another celebrity connect kid making her debut on the hugely popular social media platform -Instagram. Samara Sahni, is the daughter of Riddhima Sahni. Riddhima is Neetu Kapoor and late actor Rishi Kapoor’s daughter.  Ever since Samara made her presence on Instagram, within a day she has put up 10 posts. A particularly heart-warming picture is that of her with her grand mom Neetu, granddad Late Rishi Kapoor, uncle Ranbir Kapoor and mom Riddhima. She has tagged her mom @riddhimakapoorsahniofficial and @neetu54. This post has 874 likes so far and people are loving it.

Samara has 3366 followers so far and as the news of her joining the Instagram family starts doing the rounds, we can be pretty sure that the follower base will increase in no time.

Her mother Ridhhima Kapoor Sahni is the creative head for “R’Jewelry and partner at Sam & Friends.  Riddhima has stayed away from Bollywood and pursued her passion as a jewellery designer and fitness enthusiast. Samara is related to legendary stars like the Late Rishi Kapoor, Neetu Kapoor, and Ranbir Kapoor. All of them have made a mark for themselves in their film careers and enjoy a huge fan following and are loved by many.

It is seen that the star kids on the block be it Suhana Khan, Ananya Pandey, Jahnvi Kapoor, Navya Naveli Nanda are generating a lot of fan following and interest on social media. Samara is still a new comer but time will tell if her fan following too goes the way of the other star kids.  The 30th of April marked the first death anniversary of the late actor Rishi Kapoor. Industry sources revealed that a puja was held at Neetu Kapoor’s residence on that day.

Can foods help you eliminate anxiety and stress? Well, these foods can -

Do you know why Vamika’s pictures are not made public? Hear it from dad Virat Kohli 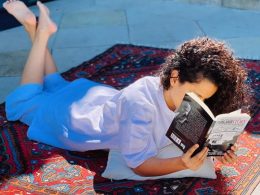 The pandemic has been harsh all work-wise. It hasn’t even spared Queen Kangana Ranaut. Kangana has revealed that…
byPromagzine Desk 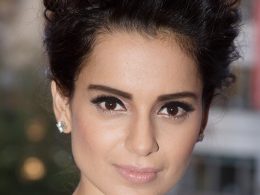 Bollywood director Madhur Bhandarkar is known to be a straight-forward man when it comes to business or films.…
byJason Milam 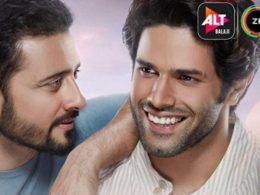