The Mike Tyson and Roy Jones Jr fight has many legendary boxers coming out of retirement but Riddick Bowe is making his comeback in a different way.

Riddick Bowe has always wanted to get into acting and has made some appearances on a The Fresh Prince of Bel Air with Will Smith and featured in a music video with his friend the Late Notorious B.IG.

Riddick has recently signed with Amazon Talent Management out of Atlanta, GA and has already working on a documentary about his life “Big Daddy – The Untold Riddick Bowe Story”, a television show about Legendary Boxers & Trainers, Two more projects under development. According to Riddick Bowe “I am making a comeback in a different way and it’s going to surprise a lot of people”

He recently went viral from his visit on Family Feud when he stunned Steve Harvey with his responses. Bowe has charisma, flair and a natural comedic talent. The next chapter is his life is more about helping and giving back to the community as he plans a toy drive for the holidays. Bowe wants to be an advocate for mental health, promote better prenatal health care for Preemies, and financial education in low income/minority communities.

“As a boxing veteran we have a lot of wisdom and knowledge to offer the next generation, we have responsibility to continue the cycle so they can teach the next generation to be better and to avoid the mistakes we made in and out the ring”

Gourav Sharma has a graduation in life sciences. His hobbies are to plant trees and understand what nature wants to say in terms of climate change, pandemic outbreak and economic slowdown.

Gourav Sharma has a graduation in life sciences. His hobbies are to plant trees and understand what nature wants to say in terms of climate change, pandemic outbreak and economic slowdown.

Regulators give the nod for trained dogs, US Airlines to decide about the other pets on board.

There was a time when the Me Too movement was trending like anything. The campaign that started in…
byGourav Bhardwaj
1 share
1
0
0

Atlanta, GA, United States December 31, 202 The New Year is all set to ring in a sweet…
byHitesh Sharma 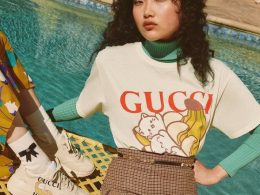 Well-known brand Gucci has done it again. It is raising eyebrows with a pair of rubber sandals that…
byPromagzine Desk 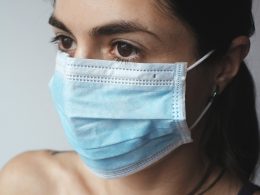 The world has become increasingly aware of health and well-being due to the pandemic, which these experts feel…
byPromagzine Desk