According to several reports released on Monday, President-elect, Joe Biden is expected to explore the possibility of retired Army Gen. Lloyd Austin, to be the next secretary of defense.

If the reports are confirmed then, this paves the way for Gen. Austin retired in 2016 to be the first African-American defense secretary.

Austin had earlier created history by being the first Black Commander. He was leading the U.S Central Command. Until 2013, this four –star general had also served as the vice chief of staff of the U.S army. He was the associated with as the last commanding general of Operation New dawn, of U.S Forces Iraq.

It is said that if he is appointed he would need a congressional waiver for the post, since he has not fulfilled the mandatory of having been removed from the military that is needed for this top civilian job of the Pentagon.

The former defense secretary Gen. James had also required this waiver when President Trump had tapped him to lead the Pentagon.

On being approached regarding this nomination Biden’s team did not offer any comments. Joe Biden had mentioned on Monday that by Friday, he would announce his pick. Michele Flournoy, who was a former undersecretary of defense for policy during the Obama administration, had been mentioned as a leading contender for defense secretary several times. It seems she has fallen out of favor because of her ties to the defense industry, with the antiwar activists on the left.

Raytheon Technologies a giant defense contractor has Gen. Austin on its board.

Joe Biden is said to have come under pressure to fill up top level cabinet posts with more Black nominees. President – elect Joe Biden and Vice President – elect Kamala Harris have meetings lined up with leaders of various  civil rights organizations on Tuesday. 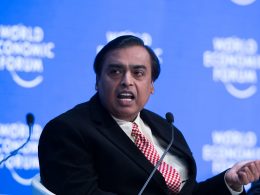 Know the richest Indians in the country as of 2021

India’s top businessman Mukesh Ambani has ranked in the top position of the richest Indian. He has been…
byParth Chauhan 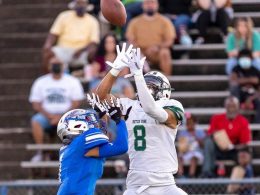 Riding a 62-game unbeaten streak, the Silver Foxes of Dutch Fork (Irmo, S.C.) don’t have many scores to…
byMichelle Robison 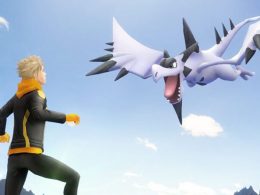 Mountains of Power Pokemon Go Research How did it become in fashion?

As children, many of us enjoyed watching cartoons. There’s no doubt the fact that Pokemon is the one most…
byBernie Grady

A man dressed up like Trump was reported to be deliberately exhaling on women outside Trump golf club.