With Bollywood registering an increase in COVID positive cases and shooting schedules all topsy turvy, planning for future shoots is being done much in advance. The upcoming Ganpath is slated to be shot in Mumbai and London in July.

This film directed by Vikas Bahl has Kriti Sanon and Tiger Shroff in the lead. It is to be noted that the duo had starred together in “Heropanti.” Both Kriti and Tiger have expressed their enthusiasm in working together once again. It is said that this movie highlights boxing and martial arts giving Tiger the platform to do what he does best- action!

The film is being produced by Vashu and Jackky Bhagnani. A major part of this film is to be shot in London. It has been learnt through reliable sources that the July schedule is still being worked upon and is not yet firmed up.
Tiger is currently busy with the shooting of Heropanti 2, and this may shift from one country to another.

The Covid situation has made things very uncertain at the moment and therefore shooting schedules are not being made public. Kriti is also busy with her schedule of Adipurush and Bhediya.

The other projects which Kriti has on hand are the remake of Ala Vaikunthapurramuloo which has Kartik Aaaryan in the lead. The sequel of Rehna Hai Tere Dil Mein is being planned with Kriti. Tiger is committed to the shoots for the franchise of Baaghi. He is also going to complete Rohit Dhawan’s Rambo remake post Heropanti and Ganpath.

Recently Tiger Shroff’s pictures from his Heropanti shoot in Delhi drew a lot of criticism from his fans on social media. In the pictures Tiger is wearing a well-tailored suit but no mask. While his crew was well masked, he was directed to follow the mask protocol by his irked fans. 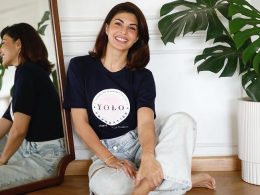 Actor Jacqueline Fernandez has recently launched foundation YOLO for the COVID-affected needy. It is currently working tirelessly in…
byPromagzine Desk 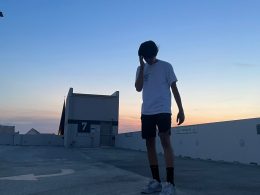 Fourteen-year-old VTNBen blazes a trail as a young rapper! 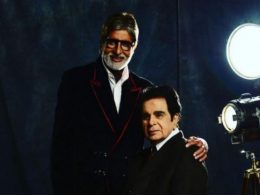 Leenalove has emerged as a social media star, who is known for giving tips to her clients on…
byPromagzine Desk