The Booker Prize has been awarded to Douglas Stuart for his novel “Shuggie Bain”. The Novel goes back to 1980 at Glasgow, where a young boy is trying to support his mother as she struggles with addiction and poverty.

As reported by one of the judges Margaret Busby – the judges’ decision was all aligned to the winner and they only took an hour to decide.

The book was filled with a challenging, intimate and gripping story, and anyone who read it would never feel the sameagain she said. 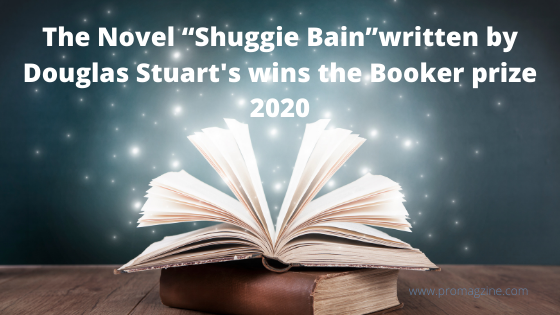 Stuart, 44, reported that he was absolutely stunned at his win.

He dedicated his book and his booker prize to his mother, who died of alcoholism when he was 16.

Stuart added that a hug for his fellow nominees would be a gift that he had in mind for them and that would be because they had touched the lives of readers.

In an interview he told reporters that the book was turned down 32 times before it was finally published.

The novel is bound to be a classic and is full of different emotions at different stages, a book that will make you laugh as well as make you cry, Judge Busby said.

It’s dealing witha sensitive but hard subject matter, with characters always having a difficult time. Some of the things in the novel will make you smile but it is not one of those typical novelswhere everyone lives happily ever after.

It may not be a pleasant read, but it’s a hopeful read.

Stuart, who grew up in Glasgow and lives in New York, is the second candidate to win the prize, after James Kelman in 1994 for his Novel“How Late it Was”,

Stuart commented that the book had changed his life.

Trump gets a set backs Biden wins Georgia in a ballot recount move.