The Justice Department has said that no evidence has been found yet to support allegations spread by Republican supporters of widespread fraud, Attorney General William Barr said.

William Barr, who has been persistently supporting President Donald Trump during his tenure, represents the Republicans and the President’s claims of widespread fraud in his loss to Joe Biden .

Barr said that he had not seen fraud till date that was large enough to have resulted in a different outcome in the election, Barr said.

Prior to the election Barr had sided with Trump’s claims that mail-in voting wasn’t secure. However, both the Justice Department and the Department of Homeland Security have examined these claims of fraud and could not find anything. 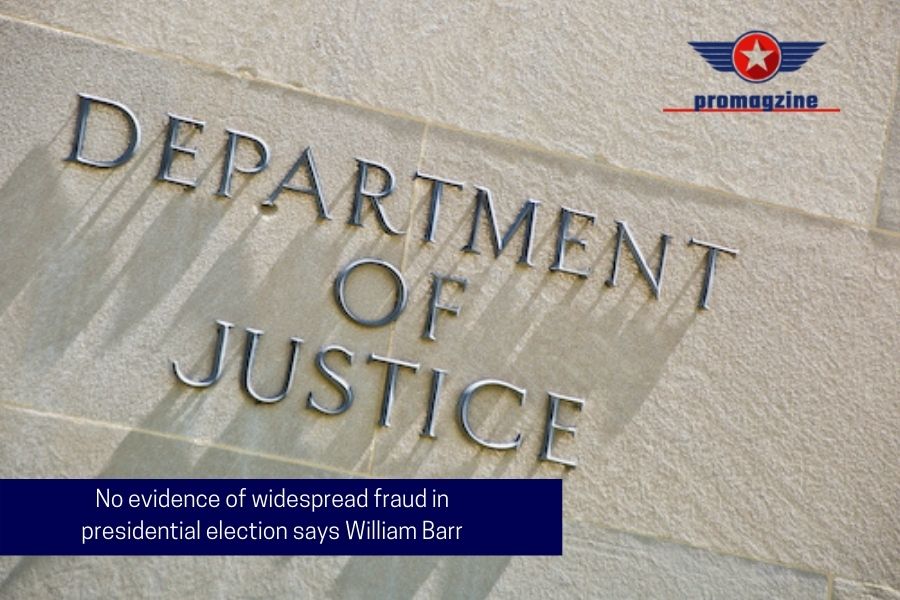 There is one claim that could be suspected as a systemic fraud and could be that the machines were programmed essentially to twist the election results in favour of the Democrats, Barr said. However, nothing has been found so far to support that.

This announcement came the day he revealed publicly the appointment of Connecticut US Attorney John Durham to work as special counsel investigating the ground of whether intelligence and law enforcement had violated the law in investigating Trump presidential campaign in 2016. This was essentially done to keep the issue alive in the Biden administration.

Trump and his supporters are still pursuing legal challenges to the 2020 election results in some states, despite the fact that a number of them have already certified their results.

Meanwhile the Republican governor tweeted, praising the state’s election laws and practices as secure. He had been very outspoken about Arizona’s elections and boasted about it quite a bit, including in the Oval Office. Biden beat Trump by 10,457 votes in Arizona, as disclosed by the secretary of state’s office.